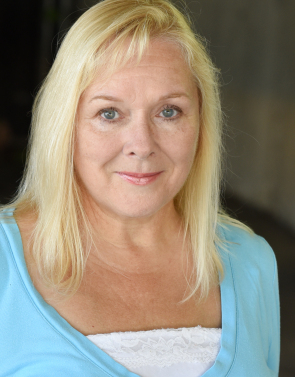 RKay Butler is an award-winning writer with over 25 years of experience in film and television, and marketing communications. Over the years, she has amassed extensive experience that includes documentary scripts, feature screenplays and short films, and advertising and corporate copywriting.

In 2008, her first documentary film, China’s Three Gorges Dam: A Flood of Controversy premiered on PBS. In June of 2009 it was awarded a Bronze Telly. That was followed by Age of the Mind , which aired on PBS in 2013 and also garnered a Bronze Telly.

RKay co-wrote and produced short films for the 48 Hour Film Project and the NYC Midnight Madness Short Film Competition, winning honors in both, including Award for Best Writing, Horror category, in the NYC competition.

She has authored and co-authored several film and documentary scripts, including “Women in Time,” “The Gullah Curse,” and “Echota,” all currently in development in Los Angeles and Atlanta.

In her spare time she rescues animals, eats Thai curry as often as possible, and wanders the globe, camera in hand.